NEW TEEN WOLF IS A HOWL OF A GOOD TIME 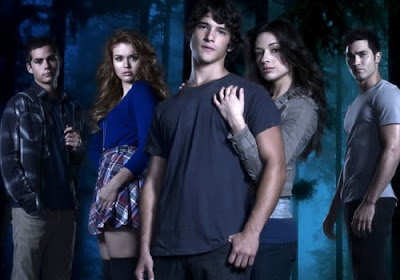 The cast of MTV's "Teen Wolf"

For those of you who may have missed it, here's the pilot episode of MTV's new "Teen Wolf" series starring Tyler Posey -- and the fact that we see a lot of him shirtless here isn't even the best thing about it.

Remember how "Buffy" started out as a goofy movie, and morphed into a serious and well-done TV series? The same thing's happening here. Well-acted, fast-paced, action-packed and even sexy, "Teen Wolf" is nothing like the Michael J. Fox movie. The plot is predictable at every turn, but it's so smashingly executed that you won't care. By the way -- when you watch it, listen through headphones. The music and use of sound are particularly effective.

I wasn't a fan of the movie, but if the rest of the series lives up to the pilot, I'll be glued to my TV screen on Monday nights.