'BEING HUMAN'S" WEREWOLF GETS A 'WOOF!" FROM GAY FANS 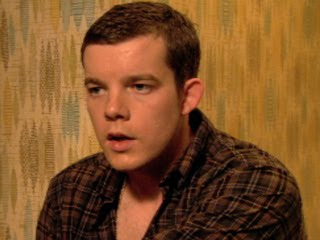 I’m a fan of “Being Human,” the BBC series about a vampire, werewolf and ghost who live together as housemates and struggle to lead “normal” lives. With the SyFY channel unveiling its much-hyped remake next Monday, I tried to find out when Season 3 of the original series might premiere here. Instead, I found this nice bit of news about the actor who plays the show’s werewolf, headlined “Gay Role Model”:

Russell is one of a rare breed of openly gay actors. Despite coming out to his close-knit clan at the age of 18, he expressed that the lack of gay "role models that were blokey" left him feeling estranged as a youth. "Everybody was flamboyant and camp, and I remember going, 'That's not me. I don't think I fit into this world,'" recalled the actor. It appears that Tovey is setting the record straight (so to speak) on this front.

From the article “Being Russell Tovey” on the BBC America website at
http://www.bbcamerica.com/content/369/being-russell-tovey.jsp

The article goes on to note how exposure of Russell’s shapely bum in post-transformation scenes has earned him fan acclaim on gay websites. (Russell has twice made afterelton.com's "Top Hot 100" list.) 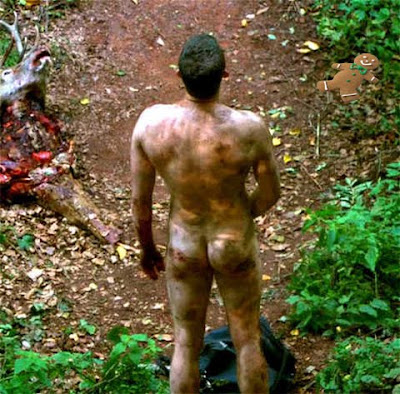 Gotta confess that Aidan Turner, who plays the scruffier vampire Mitchell, is the one I’d hoped might be gay.

No word yet on when Season 3, which debuts later this month in the UK, will show up on BBC America.
Posted by Jack Veasey at 2:48 PM