BLOOD AND SOAP: Vampires On Television 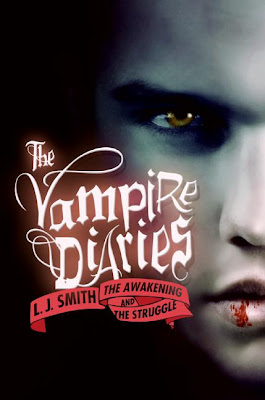 Well, last night I finally saw an episode of CW's "Vampire Diaries." I thought I'd been missing something. I was wrong.

God, how boring. It's slick, talky, full of wooden actors who look like models -- and in the "vampire soap opera" category, the emphasis was not on "vampire" but on "soap opera." Very little action. Compared to "True Blood," it's completely anemic.

The good news is that it was followed by a rerun of a fairly exciting episode of "Moonlight."

I've been watching vampire soaps since the 1960s, when I ran home from Catholic grammar school every weekday to watch "Dark Shadows" with my grandmother. She'd be half in the bag by then -- she'd started drinking red wine during "General Hospital." Even though we were Catholic, it never occurred to me that her dark red drink was an ironic choice of beverage while watching a vampire show.

A few years later, I actually met star Jonathan Frid, when he did a personal appearance at the John Wannamaker department store. I shook his hand and got him to sign my copy of a "Dark Shadows" comic book. I would give my left testicle to still have that issue, but my mother threw it out during a vengeful "cleaning" binge. It's no wonder her mother drank.

I was very fond of the vampire detective show "Forever Knight," not so much because of the handsome hero, Geraint Wyn Davies, but for Nigel Bennett, who played his delightfully supercilious nemesis/sire/old friend Lucien LaCroix. I particularly liked the episodes where they emphasized LaCroix's part-time job as late-night radio host -- a sinister voice expounding very cynical philosophy and dripping with sarcasm toward the whole human race (and other sentient species as well). Davies and Bennet acted much more like bitter ex lovers than the ambivalent associates they were supposed to be. 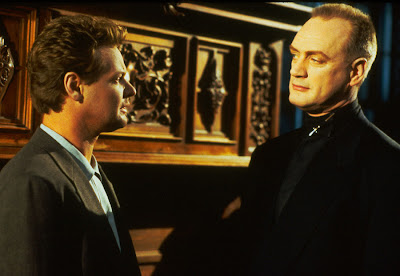 The hunky Mick of "Moonlight" -- another vampire detective, albeit a private one -- turned my head too. 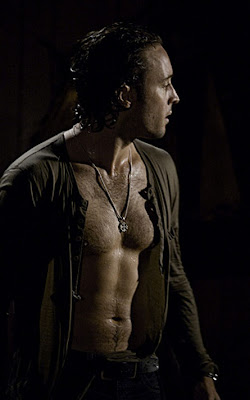 Before "True Blood" came along, though, my favorite "vampire soap" -- though it was certainly much more than that -- was the TV version of "Buffy The Vampire Slayer." I really cared about the characters -- making us feel that is the key to making horror that really hooks the audience -- and it had the two hottest male vampires we'd ever seen at that point, Angel and Spike.

I was also very moved by the delicate and poignant depiction of the relationship between Willow and Tara, one of the most empathetic presentations of a gay relationship ever shown on TV.

Now we have "True Blood," which not only gives us gay characters but gay vampires -- not to mention the hottest parade of shirtless hunks ever to grace the small screen. Yum.

What's your favorite vampire show so far?
Posted by Jack Veasey at 8:39 AM