I'M AGOG AT THIS STILL 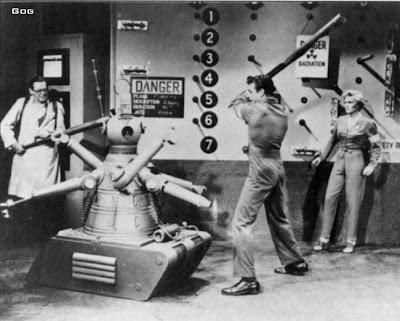 There are two things in the above shot from Gog that should make it especially interesting to gay men. One is the magnificent male posterior right in the center of the photo, the other is the actress on the right who apparently has a bulge where a lady should not, perhaps enlarged from gazing at said posterior. I guess RuPaul's tucking police weren't called in on this one.

I really should have researched the names of the performers involved, but I was so excited I just had to get it up on here immediately. Um, I didn't mean that the way it sounded!
Posted by Jack Veasey at 10:20 AM